Those who kill us check college 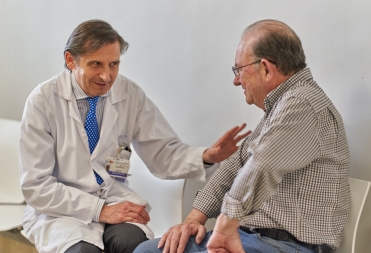 The pain was terrible. The fear, intense. Raymond Savoy had a heart attack.

Raymond1, a 59-year-old electrician, had known for years that he was in danger. High levels of cholesterol in his blood caused harmful plaques to build up in his arteries. His doctor had prescribed a daily statin, the most effective drug available, but Raymond Savoy hadn't taken it.

"I had seen television documentaries and articles on the Internet saying the pills were useless or even dangerous," Savoy said later. "And I actually believed them. It was such a stupid mistake. It almost cost me my life."

"There is a growing body of misinformation disguising itself as a 'fact' today," said Doctor Francois Schiele, chief cardiologist at Besancon University Hospital, France. "The false reports about statins are not only misleading, they are downright dangerous."

Statins, often referred to as the "gold standard" for treating high levels of harmful cholesterol, or LDL (Low Density Lipoprotein), are one of the most widely used drugs in the world. They were first administered in 1987 and are used daily by more than 200 million people worldwide. They have been shown to be safe and effective in at least 27 large randomized clinical trials, each with at least 1,000 patients. A published meta-analysis found that for every 40 mg / dL reduction in LDL, cardiovascular death, heart attack, or stroke decreased by 21 percent each year2. These drugs are so important and trustworthy that one of the most common statins is even on the list of essential drugs in the 2019 edition of the World Health Organization3.

And yet, in the information age, statins have fallen victim to the misinformation age. Publicity-hungry Contrarians are making increasingly absurd claims: false accusations of unproven dangers, even deaths from statins.

"The real tragedy is that people's lives are endangered by fraudsters whose claims have been proven time and again to be false through years of extensive research," said Professor Ulrich Laufs, chairman of the cardiology department at Leipzig University Hospital.

Some of the misleading claims and the proven facts:

Claim: Cholesterol is not bad for us. It is a basic fat for our cells to make. We cannot live without cholesterol.
FACT: Cholesterol in itself is indeed essential to life. But LDL cholesterol in the blood produces deposits of fat called atherosclerotic plaques. These plaques block blood flow, which can damage organs or lead to a heart attack or stroke4. Almost 3 million deaths worldwide are linked to high LDL cholesterol levels each year5.

Claim: Foods high in cholesterol, e.g. eggs or butter, do not kill us - so cholesterol is not a problem, it is a myth used by the pharmaceutical industry to sell us drugs.
FACT: Many health claims related to diet are false or exaggerated. In fact, eating eggs or butter in adequate amounts does not increase blood cholesterol. An estimated 85 percent of the cholesterol that circulates in the body is produced by the liver regardless of what we eat, and that's where the focus should be. As for claims that the drug industry is getting rich from selling statins, the vast majority of these drugs are no longer protected by patents. They are generic drugs that sell for pennies.

Claim: High LDL cholesterol is less dangerous than many other factors, including inactivity, smoking, and obesity. These are the things we should change in our life first.
FACT: "All of these factors contribute to the risk of heart disease. It is indeed important to quit smoking, be physically active and pay attention to your diet," said Prof. Ulf Landmesser from the Institute for Health Research in Berlin. "These lifestyle changes can lower cholesterol levels by 5 to 10 percent. But for people with high LDL cholesterol, these lifestyle changes alone won't have a dramatic effect. More is needed," he said. "The combination of exercise and statin therapy significantly reduces the risk of death and is potentially the ideal combination."

Claim: The side effects of statins are not worth the risk.
FACT: The most common side effect reported by statin users is muscle pain (myalgia), which affects less than 1 percent of patients and is often relieved by switching to another brand of statin10. Claims of more severe side effects, including type 2 diabetes, Alzheimer's and cancer, have been reported occasionally, but the evidence is weak or misinterpreted. In fact, statins can slightly increase blood sugar levels. But you would have to have significant prediabetes to develop type 2 diabetes because of a statin. This only occurs in about 1 percent of prediabetes patients who take this drug. On Alzheimer's disease a recently found in Journal of the American College of Cardiology published study found no association between statin use and a decline in memory or thinking skills. And those patients who take statins for heart disease and also have a genetic predisposition to Alzheimer's disease did even better on some memory tests11. The study's lead author, Dr. Katherine Samaras, Professor of Medicine at the University of New South Wales, Australia said, "If you have memory problems while taking statins, don't stop. Talk to your doctor. You may have other factors behind this memory loss."

Claim: Anyone taking statins should just stop taking them.
FACT: Published studies have shown that patients taking statins who are at risk for cardiovascular disease increase that risk if they stop taking the drug. An alarming study of 28,000 patients found that 3 in 10 stopped taking their statins because they suspected the drug was causing the pain they were experiencing. The result: 8.5% suffered a heart attack or stroke within just four years, compared with 7.6% who continued to take the drug12. And there's good evidence that the benefits of statin use last well into old age13.

"There is no question that the benefits of statins far outweigh any risk," says heart attack patient Raymond Savoy. "You owe it to yourself to make yourself rethink - reviewing the many published, peer-reviewed studies by reputable institutions. Too much is at stake to do anything else."