What is the pH of Distilled Water? 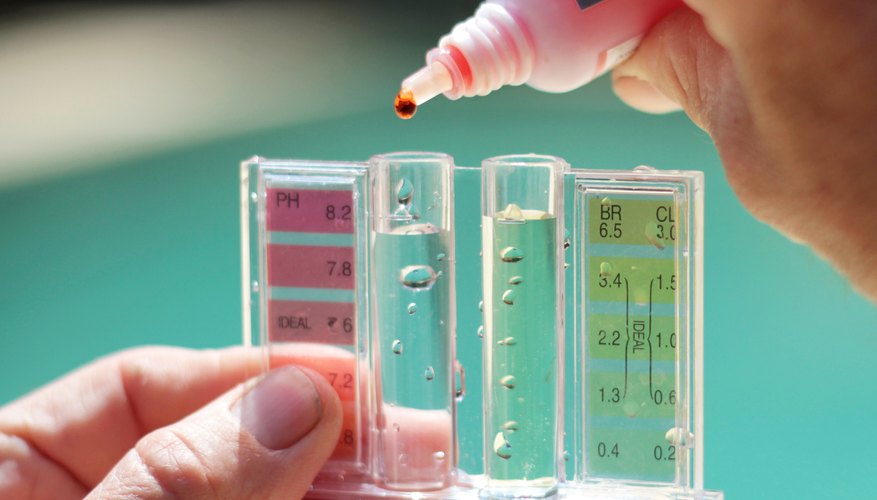 The pH of distilled water is 7 immediately after distillation, but within hours of distillation it has absorbed carbon dioxide from the atmosphere and becomes acidic at pH 5.8.

It makes sense to measure the pH in water solutions; Liquids like mineral oil or turpentine have no pH. In the Bronsted-Lowry theory of acids and bases, an acid is a compound that releases free protons in water, and a base is one that accepts protons. A proton is nothing more than the nucleus of a hydrogen atom. Strong acids like hydrochloric acid (HCl) dramatically lower the pH of a solution, while strong bases like sodium hydroxide (NaOH) increase it dramatically. Acids and bases neutralize each other in solution and combine to form a salt. For example, if you mix HCl with NaOH in solution, you get NaCl, which is table salt.

Distilled water should be pH neutral

The process of distillation involves boiling the water, condensing the steam in a pipe, and collecting the condensate in a container. Many substances can be dissolved in the water, and some of them can evaporate with the water, but salts and other solid solutes remain. Sophisticated distillation techniques can even eliminate the volatile solutes, and if you use any of these the condensate collected should be free of any solutes and you would expect its pH to be 7. If you measure the pH immediately after distillation, that's probably what you will find, but it will soon change.

The pH of pure water is around 5.8, which makes it acidic. This is because water absorbs carbon dioxide and does so until it is in equilibrium with the atmosphere. In solution, carbon dioxide reacts with water to form carbonic acid, which in turn releases hydronium ions in solution - which corresponds to the release of free hydrogen ions.

It takes about two hours for a sample of distilled Water to absorb all of the carbon dioxide it gets from the atmosphere and reach its final pH.