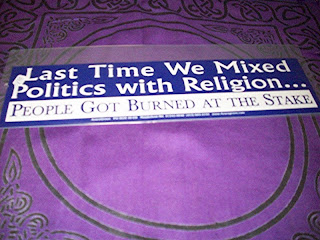 I want to thank brother Nic for his honest confession and compelling thoughts in our five-part conversation on politics and religion (has anyone heard of some election coming up soon ??). While we're being confessional here, I should probably go ahead and admit a few things of my own:

Confession # 1:
I'm a realclearpolitics.com addict. I literally check the polls and the latest political editorials more often than I do my email theses days. In fact, I've checked the website three times in the process of writing this post. I could really use a support group to help me overcome this addiction! As a Christian, it really is embarrassing how much time I spend consuming the latest political news and ignoring the Christian story. I feel like I have more of a relationship with our presidential candidates than a relationship with Christ. I more publicly tout my identity within a certain political party than the fact that I am a Christian, and I certainly don't do much to live out some of the simplest of Christian acts like loving my neighbors, caring for the poor, etc ... so I admit that in any conversation regarding the relationship between politics and religion (limited here to Christianity), it's a lot easier for me to criticize and critique the political perspectives of certain Christians when I'm basically practicing a pseudo-Christianity. In other words, I feel like a hypocrite in even having this conversation, so I won't be offended if you don't take seriously a word I say… haha

Obviously, there is a tension here between politics and Christianity. In case any of my Rhetoric professors are reading this, I'm speaking of politics in the narrow sense of the operations, including the discourse and actions, of our local and national government and the participation of citizens in that government (in Rhetoric, we say that everything is political). It seems that Christianity is a totalizing system, a rhetorical lens through which to view all existence, and a model of being in this world. I wonder, if I was really living out my Christianity, if it would be possible, or desirable, to set aside my Christianity while participating in and thinking through political issues? Since it appears that Christianity is a system that works best from a position of powerlessness, why not advocate, as Nick hinted at, for complete non-political involvement? Christians didn't enjoy state power until the age of Constantine, so why not return to the pre-Constantinian, early church model?

While its easy to look at our government, that is often lead by self-proclaimed Christian men, and point out its glaring transgressions, hypocrisies, and policies that have anything but Christian effects, I'm not sure that exiting the political arena all together is the best course of action for Christians. I do think we need to reconcile what it means to preach a gospel of brokenness and powerlessness while aspiring to gain power, but more importantly, I think we should take the cue from Jim Wallis and consider a new question: How should religion / faith influence politics?

Confession # 2:
I voted in 2004, my first eligible election, for Bush. Ashamedly, back then I never really cared or thought about politics, and I fell prey, like a wildebeest crossing the Masai Mara, to those predatory emails, warning me that the Bush / Kerry election was the most important election in the history of the world . Kerry, then, was the anti-Christ, and if I didn’t vote for Bush it was as good sticking my head inside the croc’s mouth! 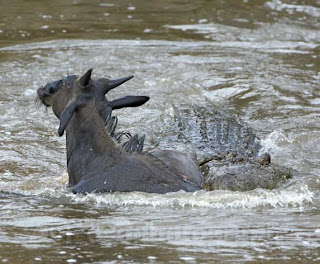 It's amazing how differently one’s perspective can change over four years, and at times I feel like I did stick my head inside the croc's mouth with my vote for Bush. Since '04, I've become much more politically informed as a result of seeing the disastrous, real life consequences of failed leadership in our government. Ironically, I'm getting the same emails again this year, but this time Obama is the ant-Christ and McCain is the only real Christian in the campaign. (If, indeed, being Christian means taking pro-life, pro-guns, anti-gay rights, and lower-tax positions)

As I've witnessed the voice and influence of the Christian community in this election year I've become rather ashamed of the lack of civil discourse exuded by many Christians. Why aren't Christians the ones openly seeking to create a space where ideas can be rationally debated instead of spreading around false lies, presuming to know who's Christian and who's not, whose preacher is more theologically sound than another's, and conflating words they don ' t understand (socialist, Marxist, communist) with "evil." Sadly, the first person I read who made the strongest case for a new civil discourse was Sharon Crowley in Toward a Civil Discourse, and she's certainly no Christian.

Lately, I've been into simplifying things, and Jim Wallis, in The Great Awakening: Reviving Faith & Politics in a Post-Religious Right America, offers up the simple notion that Christians should not seek to control the political arena, but to allow their Christian lens to serve as a moral center for the discussion. Such a moral center should focus on politics of the common good, with emphasis on the very larger issues of fighting poverty, hunger, disease, and environmental conservation. Christians should be motivated to tackle these issues because of their faith, but they can, and should make their arguments in ways that can be accepted by people of any faith or no faith.

In other words, I think Christians should be involved in politics if they can do so realizing that we do not live in a theocracy, we desperately need to find solutions to major problems, and so we should be the leaders in creating a space for civil discourse.

Can anyone say that our political culture is one of love and civility these days?

Confession # 3:
While I'm being confessional, I might as well go ahead and tell you that I plan on voting for Obama. 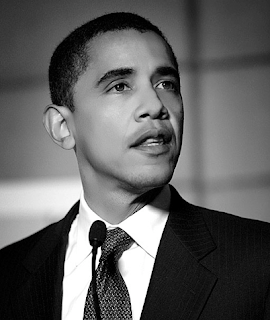 I agree with Nick in that Obama will not be a Christian president if being a Christian president means enacting policies that align with Christianity. I can say that I am voting for him because I believe he would be a step in the right direction towards creating a new discourse of civility and rationality in our political culture. He's demonstrated an ability to work through difficult, controversial issues such as abortion and gay rights in fresh, respectful, thoughtful, non-irritative ways. In this sense, I do sing the praises of his nuance. I also think his civil temperament is exactly what we need in a culture stifled by Left v. Right ideology. I don't presume to know if Obama's Christianity is informing his belief in finding middle ground, but I do know the actions of our political leaders directly affect the lives of not only our own citizens, but people around the world, and so it is vital that our next president be able to create a civil space large issues can be honestly and urgently addressed. I look forward to a president who can be a voice of reason and leadership on key issues that all Christians should be concerned about. I hope that more Christians will become politically involved but in a way that respects the voices of non-Christians.

I know I haven't necessarily made a theologically compelling argument here, but hopefully I've offered a simple idea of ​​how Christians can and should be involved in politics in way that doesn't seek power, but the common good.
<?