How to manually speed up the CPU fan

Hello @Andi, thanks for the answer. Yes, unfortunately I did not describe the matter exactly. What I meant was loud-> high speed. I looked at it with the HWMonitor but there is no section for the speed (please see my screenshot: 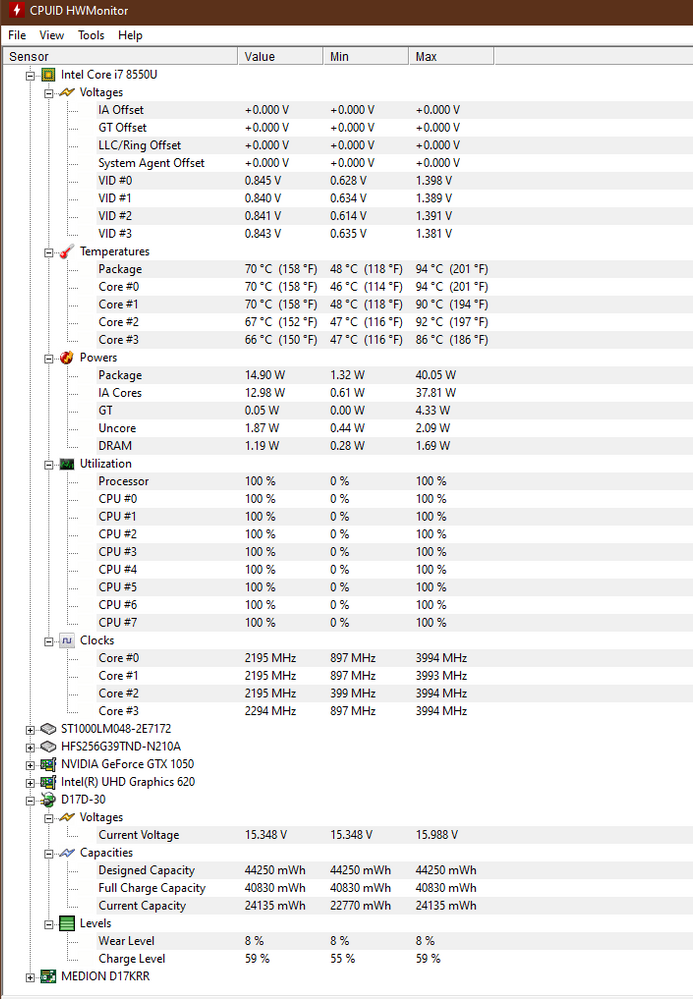 I have now done a test by starting three video renderers in parallel to fully utilize the CPU (although two were enough). The CPU frequency drops to 2.2GHz with 100% utilization, to 2.4GHz at 80% utilization and only at 3.85GHz with very low utilization. During the entire test, the CPU package temperature was around 70 degrees Celsius, but the fan speed was also low.

Just to mention I have selected the option for "high performance" in "Generic Power Management" and in Windows10-power-options I have active cooling. Theoretically, the CPU frequency should only be underclocked when the temperature rises. It is different there, the CPU frequency obviously depends on the load and the temperature regulation seems to be regulated separately.

The second problem mentioned. I think the control only reacts to major changes in temperature, there is no reaction to slow changes. E.g. only when browsing (not very busy) the temperature is sometimes:

1. high but the fan still does not switch to the higher speed (if I open TaskManager or something else, only then does it start to ventilate)

2. Relatively cold to the touch but fan is on relatively high speed all the time. Only when I open TaskManager again, for example, does it become quiet again (low speed)