What is Fern Reiki Healing

Information about the Reiki symbol, the Usui system, the degrees, the Reiki rules of life, different styles, associations and training courses as well as the combination of Reiki with conventional medicine. 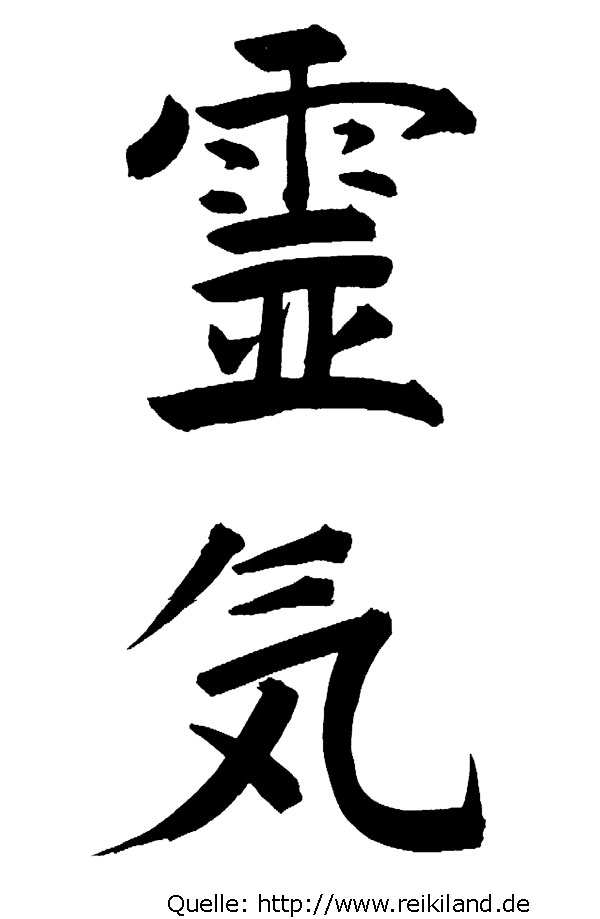 Reiki (pronounced: Ree-ki) is a Japanese expression for universal life energy. At the same time, the term Reiki is synonymous with the system that works with this energy: The Usui system of natural healing or the Usui system of Reiki healing.

The meaning of the Reiki symbol

The Reiki symbol is a Kanji. Kanji are Chinese characters as used in Japanese script. Translated, the Reiki symbol can be interpreted as follows: "A powerful energy that comes from heaven down to earth, through the work and prayer of people."

The common doctrine within the Reiki scene assumes that Reiki is present all around us as a universal life energy. This energy is said to be non-dual, neutral and without harmful effects. Everyone has the ability to channel this energy. If a person, an animal or a plant is supplied with it, Reiki has a harmonizing and beneficial effect on the recipient's system.

The Usui System of Natural Healing

In 1922 the Japanese Mikao Usui developed his system known as Usui Reiki Ryoho. This enables people to be permanently connected to Reiki using an initiation technique. Using a system of hand positions developed by Dr. Hayashi, one of his master students, a Reiki student can provide himself as well as others with Reiki.

The system of the three degrees

The Usui system originally consists of three degrees. In the first degree, the basic initiations take place, through which a student can channel Reiki for the rest of his or her life. He learns the forms of self and partner treatment through direct contact. The subject of the second Reiki degree are three symbols with a multitude of possible uses: strength reinforcement, mental treatment as well as distance Reiki as a possibility to give Reiki treatments independent of time and space. The third degree - also known as the master's degree or teacher degree - enables graduates to initiate other people into the Usui system.

In later times the third degree was divided by some teachers into master (3A) and teacher (3B) degrees. Likewise, additional grades such as "grand master grades" have recently been developed, and the Reiki scene is controversially discussed about their meaningfulness and seriousness.

The Reiki rules of life

In order to give people guidelines for spiritual development in addition to energetic treatment, Mikao Usui developed five short doctrines, possibly based on poems by the then Meiji emperor. The corresponding translation from Japanese is: "Recommendations for a more peaceful life". These tenets, briefly called rules of life, were recited at seminars and exchange meetings by Usui, as well as by his Japanese master students, at the beginning and at the end of each meeting. Nowadays there are different forms and manifestations of these rules of life.

A Japanese version of the Reiki rules of life:

Just today:
do not be upset
do not worry
work hard
Be thankful
be polite

The western version of The Reiki Alliance:

The rules of life in Japanese:

Nowadays there are numerous different Reiki systems, as each master teaches the system in his own way. Even Usui seems to have continuously developed his system between 1922 and 1926. In this respect, there is something like the "Original Reiki according to Dr. Usui ”or“ traditional Usui Reiki ”not. Mikao Usui is just the founder of a technique. Here is a brief overview of known systems:

Usui Do / Usui Teate / Usui Reiki Ryoho: Japanese style by Mikao Usui. It is possible that this system is still being continued by the Usui Reiki Ryoho Gakkai, a Japanese association that was founded at the time of Usui's death. Usui Reiki Ryoho has meanwhile also established itself as the name of western Reiki teachers for a Takata style beyond the specifications of Usui Shiki Ryoho by Phyllis Furumoto.

Usui Shiki Ryoho: Western style with three degrees, which goes back to the Reiki master Hawayo Takata, and was designed by Phyllis Furumoto and Paul Mitchell. This style is supported by the association "The Reiki Alliance" (TRA).

The Radiance technique: A seven-step Reiki system under the direction of Barbara Webber-Ray, based on the Takata style and other influences. The association behind it is called "The Radiance Technique International Association, Inc" (TRTIA).

Rainbow Reiki: Application-oriented system of the German Reiki master Walter Lübeck, based on the Usui Shiki Ryoho as well as channelings from Lemuria and integration of other techniques such as Huna, Feng Shui etc.

Jikiden Reiki: Japanese Reiki system based on the teachings of Dr. Hayashi, modified by the line's current owner, Tadao Yamaguchi, which focuses on Reiki treatments.

Gendai Reiki Ho: Style of the Reiki teacher Hiroshi Doi, half of which he developed with his own approaches due to his access to the outer circle of "Usui Reiki Ryoho Gakkai" on the basis of Usui Reiki Ryoho.

Free Reiki teachers: The majority of all Reiki masters cannot be exactly assigned to any style and either practice their own developments (especially on the basis of Usui Shiki Ryoho) or several systems.

Reiki in Medicine and Science

While in other countries, e.g. B. in the USA and Great Britain, there is already a broad-based collaboration between classical medicine and energy medicine, especially with Reiki practitioners, so this collaboration began a little later in Germany. Meanwhile, many scientific studies have confirmed the effectiveness of Reiki. For example, B. Dipl.-Psych. Moritz Harder from the University of Marburg stated in his diploma thesis in 2003 that the current state of research provides serious indications of the effectiveness of Reiki. Of the qualitatively acceptable studies available so far, an impressive 86 percent have positive results (detailed information on this in the book "Reiki und Schulmedizin" by Oliver Klatt and Norbert Lindner, ISBN 978-3-89385-509-4).

As studies in the English-speaking area show, Reiki - as a technique that can be easily integrated into everyday hospital life and has no side effects - is used in almost all areas of everyday medical practice: in the operating theater, after operations, for serious illnesses such as cancer and HIV , for infertility, acute infections, chronic clinical pictures, in emergency medicine, baby care, gerontology and against side effects of drugs and radiation. In addition to reducing stress, relieving pain and relaxation, the effects of Reiki are, above all, the acceleration of healing processes, a reduction in drug consumption, fewer side effects of drugs, better sleep, increased appetite and better cooperation and communication with specialist staff.

There are several associations and clubs both worldwide and in German-speaking countries. The most important for Germany:

ProReiki: Professional association for professional Reiki practitioners and Reiki masters / teachers who practice Reiki as a full-time or part-time job and who work with binding quality and behavioral standards. Founded on July 4th, 2011 in Witzenhausen near Kassel following the Reiki Convention 2011.

The Reiki Alliance (TRA): International community of Reiki masters in the tradition of Usui Reiki Ryoho according to Hawayo Takata and Phyllis Furumoto. Founded in 1983 in USA.

Reiki Alliance Germany e. V. (RAD): German-speaking community of Reiki masters who practice and teach the Usui system in the form of "Usui Shiki Ryoho", formed in 2004 from members of The Reiki Alliance.

The Usui Reiki Ryoho Gakkai: Founded probably in 1926/27 by students Mikao Usuis. Accessible only by invitation and only to Japanese members.

Many Reiki teachers offer so-called Reiki exchange meetings in which Reiki can be practiced and which are usually only open to their students. In addition, many of the above-mentioned associations organize supraregional Reiki meetings and training courses, especially ProReiki and RVD are to be mentioned here, since their offers are also open to non-members and can be recognized as training events. Other important meetings open to every Reiki practitioner:

Reiki Festival: Has been held annually since 1993, since 1994 in Gersfeld / Rhön, usually in October or November. The focus is on experiencing community as well as workshops and work in small groups. This event arose from an initiative of masters from The Reiki Alliance and is traditionally close to the Furumoto style, but has increasingly opened up a bit in recent years. The number of participants has been around 70 to 120 in recent years. The Reiki-Treffen e.V. is responsible.

Reiki Convention: Has been held annually at the beginning of summer since 2010 on the grounds of Gut Hübenthal near Witzenhausen near Kassel. The focus is on advanced training events that are held by nationally and internationally known Reiki authors and teachers as well as barcamps that offer new speakers a chance. There is also a supporting program with networking and culture. The number of participants has been around 70 to 120 in recent years. The Ki Academy is responsible.

The old version of this Reiki article from 1996 was replaced on January 17th, 2013 by a more detailed version that was originally published by Google Knol, which has since been discontinued. The Knol article was also written by Frank Doerr and supplemented in the area of ​​"Reiki and conventional medicine" by Oliver Klatt, editor-in-chief of Reiki magazine. Since then, ongoing updates and additions. 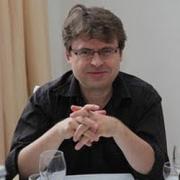 Born in 1963, qualified social pedagogue, former lecturer at the Frankfurt University of Applied Sciences, journalist (bdfj), author. Publication of specialist books and CDs in Germany, the Czech Republic and the USA. Managing director of an online marketing agency, organizer of the Reiki Convention and editor-in-chief of Reiki-land.de.