How did Justin Holecek die badly

Kammersänger Heinz Holecek is dead. According to his family, the versatile artist died on Friday, his 74th birthday. He was in a coma after a collapse in February.

Holecek suffered respiratory and cardiac arrest on the street last February. Salvation was able to revive him, but the artist had been in a coma since then - more on that in singer Holecek collapsed.

1960 debut at the Volksoper

Heinz Holecek was born in Vienna on April 13, 1938. After graduating from high school, he studied singing at the Vienna Conservatory and Music Academy until 1958. In 1960, after Josef Meinrad's rejection, he made his debut as Papageno in Mozart's “Magic Flute” alongside Renate Holm at what would later become his parent company, the Volksoper.

The baritone was first heard in the same role at the State Opera in 1962. Besides Papageno, Holecek's favorite roles included Figaro from Mozart's “Le Nozze die Figaro” and Schaunard in “La Boheme”. “Honzo”, as Holecek was affectionately known, also celebrated great success as a frog in the operetta “Die Fledermaus”. Guest performances, concert appearances and Wienerlied evenings made him known beyond the borders of Austria. Tours have taken him to the USA, Japan and Israel, among others. 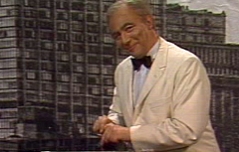 Success as a parodist and actor

Holecek's versatility was remarkable. As a parodist, he first appeared on television in the early 1960s, shining as Marcel Prawy. But Holecek also parodied Konrad Lorenz, Hugo Portisch, Curd Jürgens, Karl Merkatz, Frank Sinatra and Luciano Pavarotti in various of his own TV shows such as "Fremde Federn" and "Kein Solo für Holecek".

Holecek was also successful as an actor. For example, he gave the Rappelkopf in Raimund's “Alpine King and Misanthrope” and the note in Shakespeare's “Midsummer Night's Dream” at the Salzburg Festival. In 2000 Holecek celebrated the 40th anniversary of his stage career at the Volksoper with his role debut as Doolittle in "My Fair Lady". The audience thanked him with a serenade. 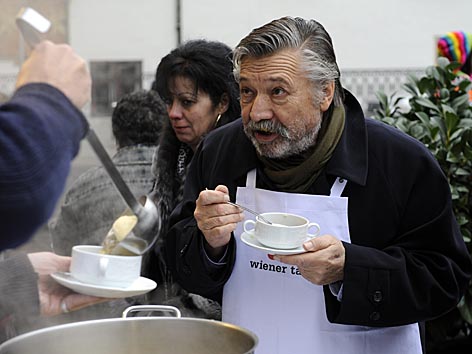 Holecek was also involved in the Wiener Tafel, among other things

Gold medal of honor of the federal capital Vienna

The artist, who was promoted to chamber singer in 1977, was also thanked with several awards. The then State Secretary for Art Franz Morak (ÖVP) awarded him the Austrian Cross of Honor for Science and Art First Class in 2000. In 2001, the Federal Capital Vienna received the Gold Medal of Honor.

From 2006 he appeared regularly in children's operas in the St. Margareten quarry, embodied Papageno in “The Magic Flute” and Wilhelm Busch in “Max and Moritz”. Holecek was also socially active, committed to the Wiener Tafel and the Wiener Tierschutzverein, for which he sat on the board.

Shortly after death became known, the first reactions from culture and politics began. “Heinz Holecek was an important musical ambassador for Austria,” was the praise for Minister of Culture Claudia Schmied (SPÖ) - more on this in Mourning Kammersänger Holecek (wien.ORF.at; April 13, 2012).

To mark the death of the Kammersänger, the ORF changes its program and lets the multi-faceted work of the audience's favorite pass in review. On Saturday from 10 p.m. on ORF 2 there will be a 45-minute reunion with the best parodies of the gifted human imitator. And so in “Holecek's Show of the Century”, among others. Marcel Prawy, Marcel Reich-Ranicki and Otto Baric have their say.

On Sunday, ORF III will dedicate itself to the life and work of Heinz Holecek in a “special stage experience” from 7.45pm: At 7.45pm Eva-Maria Klinger will meet Heinz Holecek and his family in an edition of “Prominent private”. After a “Culture Today Special” (8:00 pm) about the deceased Kammersänger, it continues at 8:15 pm with Heinz Holecek and the “Fledermaus” in a production by Otto Schenk. "Holecek's Show of the Century" closes at 10.40 pm.