Matthew Halsall when the world was one

Matthew Halsall: Salute To The Sun on 2 LPs

Matthew Halsall: Salute To The Sun 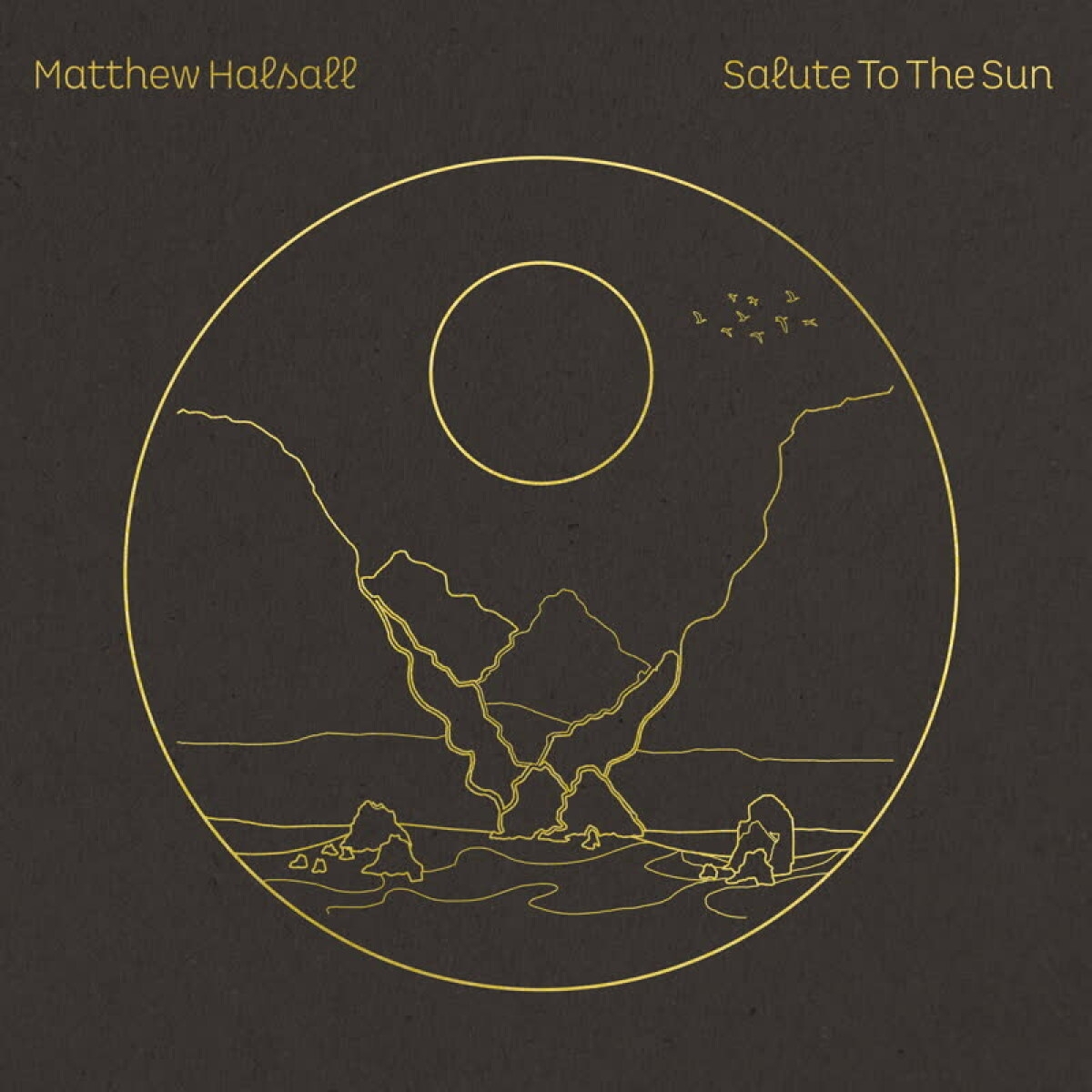 Other editions of Salute To The Sun

+ Matt Cliffe, Maddie Herbert, Gavin Barras and others
Back with a new band: Matthew Halsall releases his new album Salute to the Sun. Matthew Halsall has never been interested in one thing: he is a composer, trumpeter and band leader, producer and arranger, DJ and, last but not least, founder of Gondwana Records. The focus of his work is still his musical output - because the all-rounder from Manchester still sees himself primarily as an artist.

As a trumpeter who seldom pushes himself to the fore, as a composer and band leader who has staked out and developed his very own sound cosmos over the years: a sound in which elements from British jazz history emerge as well as the spiritual jazz of Alice Coltrane and Pharoah Sanders; enriched with influences from world music and electronica, from modern art and even from architecture.

This sound is also clearly rooted in the north of England - although so many influences from all over the world come together here.

Composer, trumpeter, producer, DJ and founder of Gondwana Records, Matthew Halsall has always worn many hats. But at the heart of everything he does, Halsall is first and foremost an artist and musician. A trumpeter whose calm, soulful playing exudes a thoughtful beauty, and a composer and band leader who has created his own rich world of sound. A sound that draws on the legacy of British jazz, the spiritual jazz of Alice Coltrane and Pharoah Sanders, as well as influences from world music and electronica and even modern art and architecture to create something very special. Music that is rooted in the north of England but draws on global inspiration.

Salute to the Sun is his first album as a leader since Into Forever (2015) and marks the debut of his new band. A handpicked ensemble with some of the best young musicians from Manchester: Matt Cliffe (flute & saxophone), Maddie Herbert (harp), Liviu Gheorghe (piano), Alan Taylor (drums) and Jack McCarthy (percussion) as well as long-time Halsall colleague and Bassist Gavin Barras, who has been at the heart of Halsall's bands for over a decade. It was important for Matthew to have a band that was based nearby and that - before Covid - could meet and play every week, and that also had a sold-out monthly basement session at Yes in Manchester. The album draws energy from these sessions and inspiration from themes and ideas that have inspired Halsall over the years (on albums such as Oneness, Fletcher Moss Park and When the World Was One) ideas of ecology, the environment and harmony with nature.

“I find Salute to the Sun to be a positive, earthy album. I wanted to create something playful, but also something very primitive, earthy and organic that blends with the sounds of nature Jungle and rainforest and was drawn to percussive atmospheric sounds that reproduced what I was hearing (bells / shakers / glockenspiel / rain sticks) and I started experimenting with more wooden percussive instruments like kalimba and marimba ".

The album was recorded at the band's weekly sessions using Halsall's own recording device, which gives the recordings a relaxed vibe and an easy-going energy that really lets the music breathe. The album is also a family affair, as Halsall's brother Daniel Halsall, Artistic Director of Gondwana Records, played an important role in the sessions and co-produced the album. It's also his memorable artwork that graces the cover of Salute to the Sun, an album beautifully crafted by legendary designer Ian Anderson of The Designers Republic who also covers the covers for recent archive releases Oneness, Sending My Love and Color Yes and is one of Halsall's favorite designers. Together, Daniel Halsall and Ian Anderson have created all seven of Matthew's albums so far, so it felt special to bring them together for Salute to the Sun, an album that Halsall was determined to present in the best possible way. The album was mixed with another longtime collaborator, George Atkins, at 80 Hertz in Manchester, who works tirelessly with Halsall to perfect the sound. The album was mastered by the well-known sound engineer Peter Beckmann, who gives the sound an additional depth, especially in the area of ​​the bass tones and Halsall's trumpet. The great double vinyl was cut by Barry Grint at Alchemy Mastering as a Half Speed ​​Master to achieve the best possible analog experience.

The result is probably Halsall's most beautiful and complete recording to date, playful, charming and permeated by the warmth of the sun and the energy of life.
<?