Who's That Girl Youtube Videos and Flippish Show Get Ire Of Pinoys in Social Networking Sites!

So I was watching ABS-CBN's news program, Bandila, last night when this downright shocking headline suddenly flashed on screen: 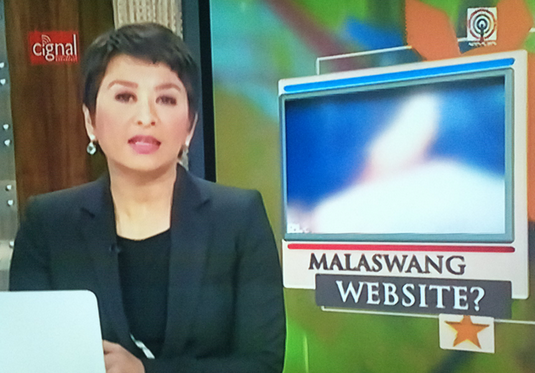 As it turned out, the 'malaswang website' (racy website) that Ces Drilon was talking about is actually the Flippish online show, Who's That Girl, hosted by Johnny M and produced by Ideal Minds Corporation. 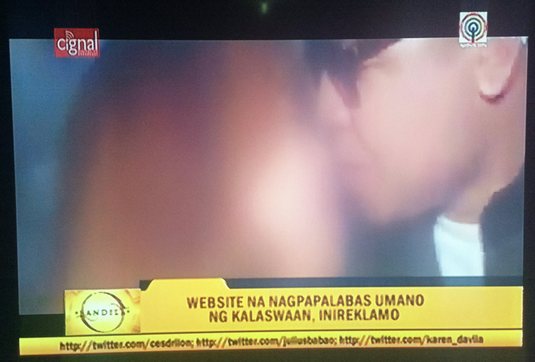 Screengrabs Courtesy of ABS-CBN News and Current Affairs
So how did I know for sure that it was indeed Who's that girl? Well, the guys at Flippish ever so proudly posted this photo on their Facebook page while their Bandila complaint feature was on: 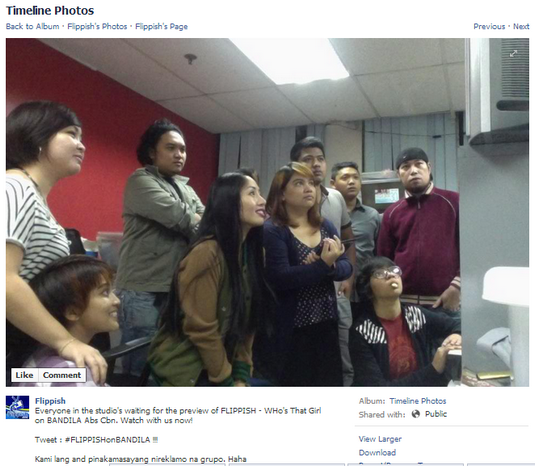 They said, "Everyone in the studio's waiting for the preview of FLIPPISH - Who's That Girl on BANDILA Abs Cbn. Watch with us now! [...] Kami lang ang pinakamasayang nirereklamo. Haha! "Heck, they even had an official Twitter hashtag for the whole brouhaha: #FLIPPISHonBANDILA
If you haven't seen it, Who's That Girl is basically an online show about the clubbing scene in the Philippines. The host Johnny M visits some of the hottest clubs in the metro and with "Isang Mic, Isang Camera at Kapal ng Mukha" (One Mic, One Camera, and Lots of Nerves), he shows that a guy doesn't have to look like a showbiz leading man or a hunk to get and kiss any girl he wants; So he enters clubs and goes around kissing girls he likes (with consent) and any girl who allows Johnny M to kiss her becomes a certified 'Who's That Girl' babe. There were also episodes where he shared some random girls with his viewers and guys who invited 'Who's The Girl' to check out the clubbing scene in their town or city.

Who's that girl was already showing for several months on Flippish [dot] com (with a few videos uploaded on Youtube hitting hundreds of thousands of views) when suddenly (a few days ago, that is), one concerned Facebook user posted a complaint on the social networking site. Claiming that she knows one of the girls featured on the show, the FB user felt that her friend - who's still a minor, according to her - was violated and would like to know how she could be of help. 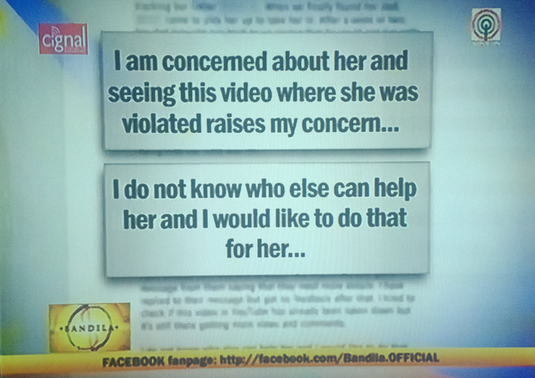 This - along with other complaints - eventually reached ABS-CBN News through "Bayan Patrollers" and Ces Drilon, one of Bandila's anchors, interviewed experts on how the show could be in violation of the law. She found out that shows of this nature could find themselves committing an offense against decency and good customs. In the case of Who's that Girl, however, this has yet to be proven. 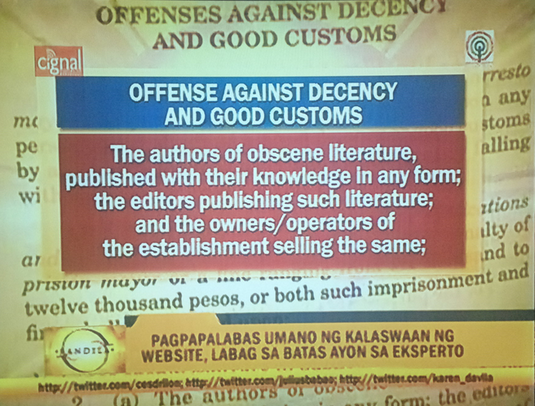 In the spirit of fair journalism, Ces Drilon likewise visited Ideal Minds Corporation's headquarters and got the side of the Who's That Girl team on the complaint being thrown at them. Johnny M reiterated that their online program's objective is not to violate or demean women but simply to show that an average guy should have no problems getting the attention of girls. 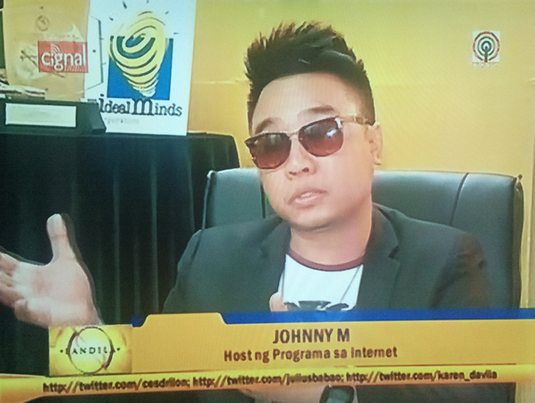 Believing that Who's That Girl, Flippish, and Ideal Minds Corporation need a venue online where they could tell the whole story and express their thoughts on the ire that the show is currently on Facebook, Twitter, and Youtube, I tweeted this message to Johnny M last night -

I told him that TechPinas is open to publishing Ideal Minds' full and official statement on the complaint. "Will tell our producers about it," he replied. Here's to hoping that they'd email us the statement soonest.
Update as of 7:00 PM, January 4, 2013: All Who's That Girl clips on Youtube - including the Space bar episode with more than half a million views - have been taken down. Nonetheless, a handful of previous episodes of the show are still available for public viewing on Flippish's official website.

Update as of 11:30 PM, January 4, 2012: Bandila ran a follow-up story and a showed an interview they had with MTRCB Chairman, Atty. Eugenio Villareal, on his views about the online show - perhaps as a response to those who are arguing that the team behind Who's The Girl are but practicing Freedom of Expression on-line. 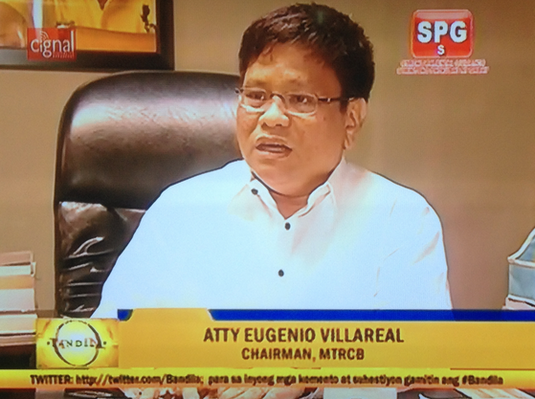 "Ang Freedom of Expression, yung totoong freedom ay dapat nakadirect sa kabutihan. (True Freedom should be directed towards good.) It isn't a form of freedom when we demean women using media or the so-called arts and entertainment. Women aren 't supposed to be objects of entertainment. They should be objects of our affection, "shared Atty. Villareal. 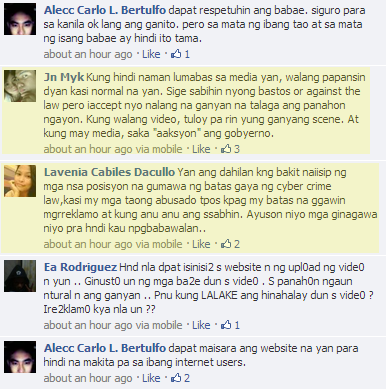 Meanwhile, some Pinoys on Facebook likewise dished out their thoughts about Flippish's controversial online show.
Were you able to catch an episode or two of Who's that girl on Youtube or Flippish when the clips were still available? What can you say about them? Do you think that they are 'malaswa'?