“Don't get angry” - how children can learn to lose

Is it everything? The last will be the first? Everyone has to learn to lose. Oh, puff cake! This brings you to a 5-year-old who is sweeping the game board off the table and stomping out of the room angrily because he has lost. Losing is not easy and everyone would like to be the winner. But how should you as a parent react in such a situation and what can you do to make our children “fair losers”?

Nobody likes to lose

Of course, it's nicer when you win: The winner is the focus and enjoys the full attention of the other players - even if only for a brief moment. This is good for you and strengthens your self-esteem. Losing, on the other hand, is not that easy. Younger children in particular have a problem with it and often take defeat very personally. They can feel humiliated, inferior, and not good enough. 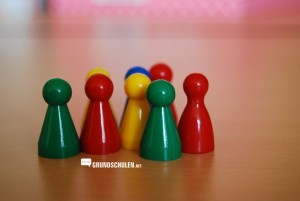 The result: you react with disappointment and aggression. That is quite normal and perfectly fine - as long as the anger is not taken out on the other players and the game material. Scolding or excluding the "bad loser" from the game are not advisable options, says Claudia Watzel, psychologist and prospective psychotherapist from Berlin. “You shouldn't forbid or cap aggression, but co-regulate it and help integrate it.” With increasing age, children have to learn to deal with their frustration and to be able to withstand emotions - and they need the support of adults.

Show understanding and motivate, that's how you learn to lose.

Watzel advises a change of perspective: “Parents should ask themselves how they feel when they lose. Those who are honest will say that it makes you angry - and that's perfectly fine, too. Aggression is often taboo in our society, but it is quite normal. ”Everyone has to learn to deal with their frustrations. It helps to talk to the children about how it's okay when they're angry, but that it's also quite normal to lose sometimes.

Role-playing games can also be of great help here - the children play different characters and try out their properties. Today you are the strong knight and tomorrow only the humble squire, sometimes you are the beautiful princess and next time the maid.

It is important to play age-appropriate games and not overwhelm the children with complicated rules. The children must have a fair chance to win. If only the one who has more experience and is therefore usually older wins, it is no fun. If necessary, the rules can also be changed so that the smaller children can, for example, roll the dice twice so that everyone has the same chance of winning.

Balance between victory and defeat

Children need a balance between winning and losing so that they are motivated to keep playing and not to give up. Is it allowed to let smaller children win? “Yes, of course,” says psychologist Claudia Watzel. “We adults have the task of measuring how much frustration a child can withstand in the situation. With younger children you can also play in their favor from time to time. " 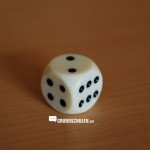 The older the child gets, the better they usually learn to deal with defeat. On the one hand, this is due to the fact that children have greater self-esteem with age. They know that there is a lot that they are good at and that makes it easier for them to deal with defeat calmly. On the other hand, they also learn from their environment - for example, by watching the game and observing that the others can take it when they are not the best. "For children who find it difficult to lose and who react aggressively to defeat, it is advisable to form teams because it is easier to lose together," advises the Berlin psychologist. "Or you play in pairs against an adult and can then learn from the adult role model that you can keep playing if you lose," continues Watzel.

Games: yes - but not every time

Playing is fun, but also requires a high level of concentration. "Playing a round of" Don't get angry "with a tired, hungry 6-year-old is a bad idea per se - there is no tolerance for frustration," says psychologist Watzel with a smile. If the children are already stressed or tired, it is sometimes advisable to put away the game and read a book in a relaxed manner. Or you play a cooperation game in which everyone forms a team and e.g. against time or - as in the classic "Obstgarten" - against an imaginary opponent.

If you have children who are having a hard time losing, you are quickly inclined to simply remove board games from the agenda so as not to unnecessarily frustrate the child. That would be a shame, because when you play board games you learn not only to deal with defeats over time, but also other social skills such as team spirit and empathy.

And what is even more important: You spend time together, sit - often across generations - together at a table, look each other in the face and have fun together. And if one or the other leaves the table angry, then that's the way it is - if they are welcomed back to the table as a matter of course, they will come back at some point, because in the end curiosity and the joy of playing together usually win .